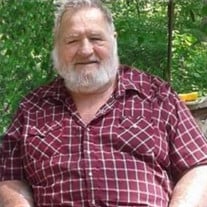 Albert Joseph Gordon, age 69, of rural West Frankfort, IL, passed away peacefully with his family near, at 1:38 a.m. on Friday, December 11, 2020, at his home. He was born on Wednesday, March 21, 1951, in Litchfield Park, AZ, the son of Albert Junior and Jeanetta Pearl (Lewis) Gordon. Albert was united in marriage to Patricia Kay Dodd, on Saturday, August 16, 1969, in the Monroe Street Church of God in West Frankfort, IL, and together they have shared over 51 years of marriage. Albert had a diverse working career in his lifetime and was known for being able to do just about anything he set his mind to do. Earlier in his working career he had been an auto mechanic, heavy machinery operator and was a logger. Later he became a coal miner working for Old Ben Coal Company at their Number 24 mine near Benton, IL, and their Number 27 mine located east of West Frankfort. He began underground but at the end of his mining career he was a Mechanic/Welder working in their Central Repair Shop, located in Benton, until his health forced him to retire. He was of the Baptist faith and a member of the United Mine Workers of America. In his spare time he enjoyed reading, fishing and building and repairing just about anything. He loved his family and always enjoyed the many times they shared together. The many memories that have been created will now be cherished by those he leaves behind. He is survived by his wife, Patricia K. Gordon of West Frankfort; mother, Jeanetta P. Gordon of Knob Noster, MO; daughter and son-in-law, Heather Marie and Lonnie Milligan of West Frankfort; son and daughter-in-law, Joseph Allen and Andrea Gordon of West Frankfort; seven grandchildren, Kayla Milligan, Kaitlyn Milligan, Adam Milligan, Andrew Milligan, Kada Milligan, Aiden Milligan and Samantha Gordon all of West Frankfort; two great grandchildren, Raelynn Milligan and Daylus Milligan both of West Frankfort; five sisters and three brothers-in-law, Linda Matthews of Wellington, KS, Sharon and Robert Logan of Wellington, KS, Elaine and Frank Hesse of Knob Noster, MO, Gloria Dixon of Selma, NC and Debbie and Steve Neale of Graham, WA; two brothers, Charles Ray Gordon and John Gordon both of West Frankfort, other extended family and many friends. He was preceded in death by his father and two brothers, Richard and Edward Gordon. Arrangements were entrusted to Stone Funeral Home, 1201 E. Poplar Street, West Frankfort, IL. At this time there will not be any type of service scheduled. For those who prefer memorial contributions may be made to “St. Jude Children’s Research Hospital” in memory of Albert. Memorial contributions envelopes may be mailed to Stone Funeral Home, 1201 E. Poplar Street, West Frankfort, IL 62896. For additional information please call the funeral home at 618-932-2161.

The family of Albert Joseph Gordon created this Life Tributes page to make it easy to share your memories.

Send flowers to the Gordon family.