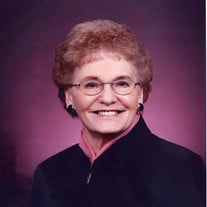 Charlene Irwin, age 81, of Orient, IL, passed away peacefully with her family by her side at 4:20 a.m. on Monday, August 10, 2015, at Father’s Heart Ministries located south of Johnston City, IL. Charlene was born on Thursday, March 1, 1934, in Morganfield, KY of Union County the daughter of Charles L. “C.L.” Willett, Jr. and Catherine (Whitmore) Willett. She attended school in Evansville, IN and was a graduate of Bosse High School Class of 1952. Charlene was married for eight years to W.C. “Buck” Irwin until his death on December 16, 1992. Her working career included Good Samaritan Hospital of Mt. Vernon, IL, Illinois Central Gulf Railroad in Benton, IL and the U. S. Post Office in Carbondale, IL. She retired, while serving as Postmaster of Orient, IL, in 2005. She was an active member of the First Baptist Church of West Frankfort, IL until her health declined. She also faithfully supported many of the mission programs of the church. Some of her present and past memberships include the National Association of Postmasters of the United States, Toastmasters Organization of Mt. Vernon, IL and the Business and Professional Women’s Club of Mt. Vernon, IL. Other interests included singing, anything pertaining to Avon, ceramics, animals, especially cats and public speaking. Her family was a very important part of her life and she was interested in and encouraged them in all their activities. The many memories that have been created will now be cherished by those left behind. She is survived by three daughters, Cathy (Mattingly) Martin and husband Darin of St. Charles, MO, Beki (Mattingly) Wade and husband Bruce of Rolla, MO and Paula (Mattingly) Saunders and husband Jimmie of Benton, IL; grandchildren, Matt Smith and wife Ellie of Cedar Falls, IA, Tori Martin of St. Charles, MO, Mandy (Wade) Ourth and husband Paul of Strafford, MO, Jonathan Wade and wife Shayna of San Angelo, TX and Trevor Saunders and wife Jessica of Benton, IL; nine great grandchildren with two more on the way; stepdaughter, Helen Suter of Richmond, TX, other extended family members and many friends. She was preceded in death by her father in 1978, mother in 1994; second husband, W.C. “Buck” Irwin in 1992; brother, Gene Willett in 2014 and special uncle, Bill R. Whitmore in 2012. Arrangements for Charlene Irwin were entrusted to the Stone Funeral Home, 1201 East Poplar St., West Frankfort, IL. Visitation was from 6:00 p.m. to 8:00 p.m. on Thursday, August 13th at First Baptist Church, located at 106 West Oak Street, West Frankfort, IL. During the time of visitation a “Reflection of Life” DVD Memorial Tribute featuring special people, places and events of Charlene’s life was presented to the family and friends. The funeral service was at 10:00 a.m. on Friday, August 14, 2015, at First Baptist Church with Rev. Barry Nichols presiding. The prelude and postlude musical selections were recorded vocal selections. Special vocal musical selection presented was “I Can Only Imagine” by son-in-law Jimmy Saunders who accompanied himself on piano. Also presented was the acappella musical selection “Redeemed” as a congregational hymn led by Rev. Barry Nichols. Following the service at the church the family and friends gathered in the fellowship hall of the church for a meal and continued time of fellowship and support. Interment followed at 3:00 p.m. in Odd Fellows Cemetery located north of Morganfield, KY with Rev. Bruce Wade presiding. Those attending the committal service gathered at the cemetery prior to time of the service. At the graveside those attending sang acappella the musical selections “It Is Well With My Soul”, “Amazing Grace” and “Victory In Jesus” led by Beki Wade. For those who preferred, memorial contributions were made to either “Hospice of Southern Illinois” or “International Mission Board of the Southern Baptist Convention”. Memorial contribution envelopes were available at the church or were mailed in care of Stone Funeral Home, 1201 East Poplar St., West Frankfort, IL 62896. For additional information please call the funeral home at 618-932-2161.

Charlene Irwin, age 81, of Orient, IL, passed away peacefully with her family by her side at 4:20 a.m. on Monday, August 10, 2015, at Father&#8217;s Heart Ministries located south of Johnston City, IL. Charlene was born on Thursday, March 1,... View Obituary & Service Information

The family of Charlene Irwin created this Life Tributes page to make it easy to share your memories.

Send flowers to the Irwin family.