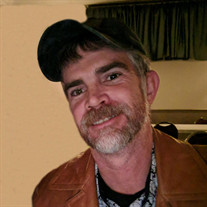 Dax Davidson, age 44, of West Frankfort, IL passed away at 4:00 p.m. on Tuesday, September 4, 2018, at Deaconess Midtown Hospital of Evansville, IN. He was born on Sunday, April 21, 1974, in Memorial Hospital of Carbondale, IL the son of Charles Raymond and Mickey Ann (Glenn) Davidson. Dax attended school in West Frankfort and was a graduate of Frankfort Community High School Class of 1992. He was united in marriage to Deanna Marie Blades on Saturday, September 8, 2001, in the Glad Tidings Church of West Frankfort and together they shared nearly 17 years of marriage. His working career has always been in construction, beginning when he was young, helping his father and later owning and operating Davidson Construction Company of West Frankfort. Dax was a faithful supporter and volunteer of St. John the Baptist Catholic Church and School in West Frankfort and attended there with his family. He also was a member of the Loyal Order of Moose Lodge No. 795 of West Frankfort. In his spare time he enjoyed watching football with his family, playing video games with his daughters, vacationing with his family, especially at the beach and spending time with his many friends. He was always willing to help others who had a need. Though he always kept busy, his wife and daughters were the most important part of his life. He enjoyed the many times they shared together and cherished the many memories that were created. Those he now leaves behind will also cherish the wonderful times they had together. He is survived by his wife, Deanna M. Davidson of West Frankfort; two daughters, Alanis Marie and Aleah Mikay Davidson both of West Frankfort; mother, Mickey A. Glenn of West Frankfort; stepmother, Sylvia Davidson of Vienna, IL; mother-in-law, Johnnie Martha Blades of West Frankfort; step sister, Chasity Shupe and her husband, Larry, of West Frankfort; sister-in-law, Aaron Sue Tyner and her husband, Kelly, of Vincennes, IN; four brothers-in-law, Ray Blades and his wife, Karen, of West Frankfort, Kevin Blades of Marion, IL, Sean King and his wife, Lisa, of Greenup, IL and Devin King and his wife, Tammy, of Rose Bud, AR; three aunts, Jane Hall of Dix, IL, Cody Ice and her husband, Bill, of West Frankfort and Jennifer Glenn of West Frankfort; uncle, Mike Glenn of Thompsonville, IL, other extended family, and many friends. He was preceded in death by his father, Chuck Davidson; mother-in-law, Shelia Blades and father-in-law, Lindell Blades. Arrangements for Dax Davidson have been entrusted to Stone Funeral Home, 1201 East Poplar St., West Frankfort, IL. The time of the visitation will be from 2:00 p.m. until 6:00 p.m. on Sunday, September 9th, with a prayer service with Father Eusebius Mbidoaka at 2:30 at the funeral home. The funeral service will be at 2:00 p.m., on Monday, September 10, 2018, at the funeral home with Elder Ray Blades presiding. Interment will follow in Tower Heights Cemetery in West Frankfort, IL. For those who prefer, memorial contributions may be made to “Deanna Davidson” to benefit the children and expenses, and mailed in care of the funeral home. Memorial envelopes will be available at the funeral home. For additional information please call the funeral home at 618-932-2161.

Dax Davidson, age 44, of West Frankfort, IL passed away at 4:00 p.m. on Tuesday, September 4, 2018, at Deaconess Midtown Hospital of Evansville, IN. He was born on Sunday, April 21, 1974, in Memorial Hospital of Carbondale, IL the son of Charles... View Obituary & Service Information

The family of Dax Davidson created this Life Tributes page to make it easy to share your memories.

Send flowers to the Davidson family.