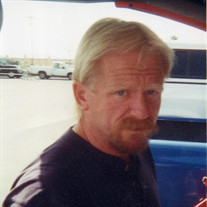 Gary D. Pollock, age 61, of Apple Valley, CA, formerly of West Frankfort, IL, passed away peacefully with his sister, Marta holding his hand at 9:51 p.m. (Pacific Time) on Monday, March 9, 2015, in St. Mary’s Medical Center of Apple Valley, CA. He was born on Tuesday, April 28, 1953, in Holden Hospital of Carbondale, IL, the son of Gordon Joseph and Betty Lou (Treece) Pollock. When Gary was very young his family moved to California. He attended school in Tustin, CA and was a graduate of Tustin High School in 1972. Gary went on and continued his education by attending the University of California Irvine and received his Bachelor’s degree in Political Science. A large part of his working career was helping his father renovating hotel properties. Later on in his lifetime he became affiliated with the restaurant business working as a manager. Gary was of the Christian faith. He was a caring person that would often help others in need and supported many charitable organizations, especially the USO and the Multiple Sclerosis Organization. With his political science background, and a supporter of the Democratic Party, he enjoyed debating politics with his nephews. He also loved being in the outdoors working in the yard and having his hands in the dirt. No matter where he would ever move to, in just a short time he would have planted many new trees and bushes. In his own special way, he loved all his family and enjoyed the many times they gathered together. The many memories that have been created will now be cherished by those he leaves behind. He is survived by his sister and brother-in-law, Marta J. and Kenneth Anderson of Apple Valley, CA; two nephews, Robert Anderson and his wife, Kristen and Michael Anderson and his wife, Shari all of Apple Valley, CA; best friend and caregiver, Joe Ghazarian of Apple Valley, CA, several cousins, other extended family members and many friends. He was preceded in death by his parents, brother, Richard in 1990 and his two special dogs, Puppy and Kelby. Arrangements for Gary D. Pollock were entrusted to the Stone Funeral Home, 1201 East Poplar St., West Frankfort, IL. The graveside committal service was at 11:00 a.m. on Monday, March 16, 2015, in Tower Heights Cemetery of West Frankfort, IL with Rev. Curtis Smith presiding. At the graveside two recorded vocal musical selections presented were “Home” by Phillip Phillips and “Don’t Cry for Me” by Libby Allen. Burial followed next to his mother. Following the graveside service the family and friends gathered at Miranda’s Restaurant in West Frankfort, IL for a meal and continued time of fellowship and support. For additional information please contact the funeral home by calling 618-932-2161.

The family of Gary Douglas Pollock created this Life Tributes page to make it easy to share your memories.

Send flowers to the Pollock family.