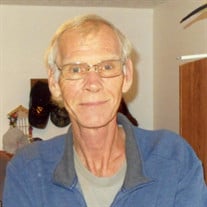 Gregory A. Smith, age 65, of West Frankfort, IL, passed away at his home at 8:57 a.m. on Wednesday, November 10, 2021. He was born on Tuesday, January 17, 1956, in Christopher, IL, the son of Alver Opal and Hettie Anna (Smothers) Smith. Greg attended school in West Frankfort and was a graduate of West Frankfort High School Class of 1974. Early in his working career he worked for several years at Allen Industries of Herrin, IL, until they closed. He then worked for a few years for the Thompsonville School System and later worked for several years for Frankfort Township as a laborer until his health forced him to retire. He was united in marriage to Violet Lea Seeger on Tuesday, May 23, 1989, in Paducah, KY, and together they shared over 16 years of marriage until her death on Thursday, February 9, 2006. Greg loved to fish and enjoyed spending many hours at his cabin on the Little Wabash River near New Haven, IL. He also loved to ride motorcycles and enjoyed riding with friends all over the area. He is survived by three sisters, Barbara Ottolini of Herrin, IL, Linda Norman of West Frankfort and Billie Ray and her husband, Norman “Rounder” of West Frankfort; step daughter, Stacey Dawn Sollers of West Frankfort; three brothers-in-law, Ray Stipes of St. Charles, MO, Raymond Jay Williams of Omaha, NB and Virgil Russell of West Frankfort, other extended family and many friends. He was preceded in death by his parents, wife and three sisters, Norma Stipes, Sue Williams and Jerry Russell. Arrangements have been entrusted to Stone Funeral Home, 1201 E Poplar St, West Frankfort, IL 62896. The graveside committal service will be on Tuesday, November 16, 2021, at 1:00 p.m. at McKinney Chapel Cemetery, located near the Lake of Egypt with Greg's sister, Billie Ray presiding. For those who plan on attending service should gather at the cemetery prior to 1:00 p.m. Interment will follow next to his wife. The family requests for those who prefer, memorial contributions to be made to “The American Diabetes Association.” Memorial contributions may be mailed in care of Stone Funeral Home, 1201 E Poplar St, West Frankfort, IL 62896. Memorial envelopes will be available at the cemetery. For additional information call the funeral home at (618) 932-2161.

The family of Gregory Allen Smith created this Life Tributes page to make it easy to share your memories.

Send flowers to the Smith family.