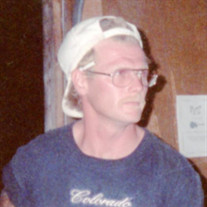 Gregory Alen Wilson, age 51, of West Frankfort, IL, passed away suddenly at 7:09 p.m. on Friday, August 25, 2017, at Franklin Hospital of Benton, IL. He was born on Wednesday, July 27, 1966, in West Frankfort, the son of Virgil Vernell and Joyce Gail (Simpson) Wilson. Greg’s working career was as owner and operator of Wilson’s Landscaping of West Frankfort for many years. He was of the Baptist faith. In his spare time he found enjoyment spending time in the outdoors and listening to music. Greg loved his family and enjoyed spending time with all of them and was always interested in all of their many activities. The many memories that have been created will now be cherished by those he leaves behind. He is survived by his son, Cody Wilson and his companion Nicole Fry of West Frankfort; two grandchildren, Azlynn S. Wilson and Liam A. Wilson both of West Frankfort; his companion, Susan L. Taylor of West Frankfort; two sisters and one brother-in-law, Melanie and Ryan Hampton of Herrin, IL and Sherry Crofford of West Frankfort; three brothers and one sister-in-law, Jeff Wilson of West Frankfort, Tony Wilson of TN and Paul and Holly Haggerty of Nashville, TN; step son, Steven N. Boner of West Frankfort; step daughter, Amanda J. Boner of West Frankfort, a host of nieces and nephews, other extended family and many friends. He was preceded in death by his parents; sisters, Judy and Janice Wilson; two brothers, James and Scott A. Wilson and stepson, Jeffrey Manning. Arrangements for Gregory Alen Wilson were entrusted to Stone Funeral Home, 1201 East Poplar St., West Frankfort, IL. The time of visitation was from 5:00 p.m. to 7:00 p.m. on Friday, September 1, 2017, at the funeral home. During the time of visitation a “Reflection of Life” DVD Memorial Tribute featuring special people, places and events of Greg’s life was presented to the family and friends. Following the time of visitation, the memorial service was at 7:00 p.m. with Evangelist Mike Adkins presiding. Special recorded musical selections presented during the service were “Ballad of Curtis Loew” by Lynyrd Skynyrd, “Life by the Drop” by Stevie Ray Vaughn and “Knocking on Heaven’s Door” by Guns and Roses. Also during the service Greg’s niece Lacey Wilson presented “Go Rest High on That Mountain” as a acappella selection. Interment took place at 6:00 p.m. on Tuesday, September 12, 2017, in the East Fork Cemetery located east of West Frankfort. For those who preferred, memorial contributions were made to “Stone Funeral Home” to help with final expenses and mailed in care of Stone Funeral Home, 1201 East Poplar St., West Frankfort, IL 62896. Memorial envelopes were available at the funeral home. For complete service and family information please visit our website at www.stonefh.com or call the funeral home at 618-932-2161.

The family of Gregory Alen Wilson created this Life Tributes page to make it easy to share your memories.

Send flowers to the Wilson family.