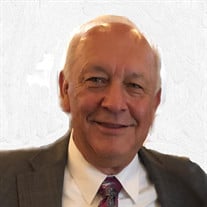 James M. “Jim” Renik, age 69, of West Frankfort, IL, passed away peacefully surrounded by family, on Wednesday, September 1, 2021, in St. Mary’s Hospital, Richmond Heights, MO. He was born on March 31, 1952, in Christopher, IL, to his loving parents Frank Thomas and Parina (Golio) Renik who have predeceased him. Jim attended Edwards Grade School, Central Junior High School, and he was a proud member of the amazing West Frankfort High School Class of 1970 which Jim believed was the best class to graduate FCHS. He continued his education at Southern Illinois University where he received a Bachelor of Science Degree in Business Administration, and met a cherished group of friends. Jim had a passion for baseball, and was one of the founders of the West Frankfort Coal Belt team in the early 1970’s. Jim played and coached Coal Belt baseball for over ten years. The league consisted of some former minor leaguers along with many college players. Some alumni from the league are still affiliated with major league teams in some capacity. West Frankfort developed into one of the most dominant teams in Southern Illinois and won the tournament championship for a record five consecutive years in the late 70’s to early 80’s. Through his love of baseball, he met the love of his life, Theresa Sakonyi, when she was recruited to serve as a substitute bat girl for his team. They later married on September 17, 1983, at St. John the Baptist Church in West Frankfort, IL. God blessed Jim and Theresa with a wonderful daughter, Kathryn. After college, Jim worked for the Franklin County Treasurer’s office before beginning his career in banking. Jim started working at the Bank of Benton on April 1, 1975, on the same day as his friend and colleague Bill Simpson. Together Jim and Bill celebrated their 46th anniversary in banking this year. Next, Jim worked at Johnston City State Bank which later became First Bank. Jim was the founder and organizer of Southern Illinois Bank. Jim as President and with his hand-selected board of trusted friends and local businessmen, opened the doors of Southern Illinois Bank on September 10, 1999, pursuing his passion and fulfilling a lifelong dream of leading a local community bank. Jim continued to serve the community through his work at Southern Illinois Bank for almost 22 years, and enjoyed getting to know all of his customers personally throughout the years. Jim also enjoyed volunteering his time and energy to many organizations and events, and always worked to improve West Frankfort and Southern Illinois. He was humble and didn’t like to accept credit for his work, but he loved to network and meet new people through his volunteer work. He worked for C.A.R.E for many years helping to create the Christmas Village, helped the park association with their annual chicken barbeque fundraiser, and always enjoyed supporting local community fundraisers especially when they included a home cooked meal. He was a member of St. John the Baptist Catholic Church of West Frankfort and spent many years volunteering at St. John’s School and Church, organizing and participating in a number of events including: Vegas Night, Dinner Auction, and the Election Day Chicken and Dumplings' dinners. Jim also instilled his love of sports through his years of coaching at St. John’s. Jim helped found the first St. John’s Cross-Country team, and the first St. John’s Girls’ Basketball team. His real love was the Mighty Hawks basketball where he had the honor of coaching with his dear friend Andy Chismar. Jim and Andy’s first team included Jim’s daughter and Andy’s son, and they continued long after their children graduated coaching for over 10 years together. Along with playing and coaching sports, Jim was an avid enthusiast of baseball cards and memorabilia, a love of which he shared with his brother and best friend John Renik. Jim also enjoyed his weekly pinochle game which he had been playing over 45 years with his dear friends, “The Pinochle Gang.” Jim loved animals and had dogs throughout his life, taking in every stray dog that wandered into his yard. He will be greatly missed by his companions Bonnie and Chester, and all of his family and friends. Jim leaves behind his wife, Theresa, daughter Kathryn, brother John (Kim) Renik, brother-in-law, sisters-in-law, and numerous nieces and nephews. Arrangements were entrusted to Stone Funeral Home, 1201 East Poplar Street, West Frankfort, IL. Visitation was held from 3:00 PM-7:00 PM on Friday, September 10, 2021, at Stone Funeral Home in West Frankfort, IL, with the recitation of the Holy Rosary at 7:00 PM by Theresa’s sisters, Martha Eidam and Susan Mayo. During the time of visitation, a “Reflection of Life” DVD Memorial Tribute featuring special people, places and events in Jim’s life was presented to the family and friends. Jim’s brother, John carried the urn from the funeral home to hearse, from the hearse into the church and out of the church to the hearse and from the hearse to the gravesite. A Funeral Mass was celebrated in memory of Jim on Saturday, September 11, 2021, at 10:00 AM at St. John the Baptist Catholic Church, West Frankfort, with Rev. Dr. Eusebius Mbidoaka officiating. Music Director, Debra DeGorcia and members of the St. John’s Choir presented the music during the Mass. George Hopkins presented “Reading I” and Ellen Popit presented “Reading II” and Andy Chismar presented the “General Intercessions.” Susan Mayo, Martha Eidam, Kim Renik and Rachel Renik brought the gifts for “Holy Communion.” Burial followed in St. John’s Catholic Cemetery of West Frankfort. Following the committal service at the cemetery the family and friends gathered at T Street Restaurant in Christopher, IL, for a meal and continued time of fellowship and support. In lieu of flowers, the family requested memorial contributions be made to: St. John’s School or an animal shelter/humane society of your choice and mailed in care of Stone Funeral Home, 1201 East Poplar St., West Frankfort, IL 62896. For additional information please call the funeral home at 618-932-2161.

The family of James M. "Jim" Renik created this Life Tributes page to make it easy to share your memories.

Send flowers to the Renik family.