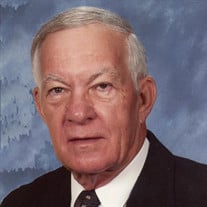 Marion L. Moore, age 90, life-long resident of West Frankfort, IL, passed away suddenly at 6:37 p.m. on Sunday, June 5, 2022, in Heartland Regional Medical Center of Marion, IL. He was born at home, northeast of West Frankfort, near the junction of Deering Road and the Four Mile Lane, the son of Irby Carlyle and Isabel (Munen) Moore. Marion attended school through 6th grade at the country school near his home known as Moore’s School. He would ride his pony to school every day and it has been told many times that his pony would often go back home on his own causing Marion to have to walk home. He attended Junior High and High School in West Frankfort, and was a graduate of West Frankfort High School Class of 1949. He was united in marriage to Charleen June Shukites on January 12, 1952, in West Frankfort, and together they shared over 70 years of marriage until her death on February 16, 2022. Shortly after his marriage, on January 18, 1952, he answered the call of this nation by serving in the United States Army and after his period of faithful service was honorably discharged with the rank of Corporal. After his discharge he continued his education at Southern Illinois University of Carbondale, IL, and later enrolled in their Vocational Technical Institute Program in welding. During this time, he also worked at Norge in Herrin, IL, to support his family. After he completed his welding certification he moved to Carlsbad, NM, in 1956, to start working in the Potash Mines as a Maintenance Welder. In May of 1963, he moved back home and started teaching welding and math for Southern Illinois University in their Vocational Technical Institute Program. Then in late 1969, he had the opportunity to start working for the IBEW Local No 702 of West Frankfort, as a Welder and eventually taught welding classes for their Wireman Apprenticeship Program. In 1979, he took upgraded to become a Journeyman Wireman and continued in that position until his retirement in May of 1996. He was a member of the First Baptist Church of West Frankfort, IL. He also was a 52-year member of the IBEW Local No. 702 of West Frankfort, where he had served as Vice President and on the Contract Negotiating Committee for several years. In his spare time, he enjoyed watching football and basketball and earlier in his lifetime enjoyed fishing. He loved his family and was very involved when he was young supporting his 3 sons who were active in many sports. He was proud of their success and was always interested in hearing about all the activities going on in their lives, especially those of his grandchildren and great grandchildren. The many memories created will now be cherished by those he leaves behind. He is survived by two sons, Mike Moore and wife, Gay of Johnston City, IL, and Hugh W. Moore and wife, Lisa of Benton, IL; four grandchildren, Tyson Moore and wife, Melissa of Marion, IL, Lyndsey Moore of Benton, IL, Lauren Johnson and husband, Brent of Benton, IL, and Austin (Moore) Glodich of West Frankfort, IL; three great grandchildren, Isabel Moore of Marion, IL, and Lyric Johnson and Landry Johnson both of Benton, IL; sister-in-law, Marilyn Clements of Arnold, MO, other extended family and many friends. He was preceded in death by his parents, wife; son, Jeffery Todd Moore who passed away on May 23, 2001, two sisters, Jane Clark and JoAnne Kerrone and brother-in-law, John Shukites. Arrangements were entrusted to Stone Funeral Home, 1201 East Poplar Street, West Frankfort, IL. The visitation was from 12:00 noon to 3:00 p.m. on Saturday, June 11, 2022, at the funeral home. During the time of visitation, a “Reflection of Life” DVD Memorial Tribute featuring special people, places and events in Marion’s life was presented to the family and friends. Following the visitation, the funeral service was at 3:00 p.m., with Rev. Mike Cash presiding. Comments of memory were presented by Lyndsey Moore, Lynette Ing, Lisa Moore, Paul Wilburn, Whitney Swift, Lauren Johnson, John Michael Shukites, Dick Cremer and Tyson Moore. Special recorded musical selections presented during the service were “How Great Thou Art” by Alan Jackson, “Buy Dirt” by Jordan Davis and Luke Bryan and “Amazing Grace” by Rosemary Siemens. Interment followed next to his wife in Lakeview Cemetery of Johnston City, IL. Pallbearers were Mike Moore, Hugh Moore, Tyson Moore, Brent Johnson, John Michael Shukites, Kurt Avripas and Austin (Moore) Glodich. Military honors were accorded at the graveside by members of the American Legion Post No. 1961 of Orient and American Legion Post No. 177 of Zeigler and members of the United States Army Funeral Honors Detail. During the folding of the flag the song “America the Beautiful” was presented. Members of the Army Funeral Honors Detail presented flags to both of Marion’s sons, Mike and Hugh. The family requested for those who prefer, memorial contributions be made to “American Cancer Society”. For additional information call the funeral home at 618-932-2161.

The family of Marion Lynn Moore created this Life Tributes page to make it easy to share your memories.

Send flowers to the Moore family.