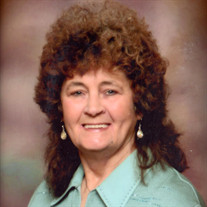 Mary Ann Dunn, age 76, of DeSoto, IL, former resident of Henderson, KY, passed away surrounded by her loving family at 2:27 p.m. on Sunday, September 2, 2018, at the home of her daughter, Kathy J. Cyr, in DeSoto. Mary had lived in Henderson, KY for approximately 20 years before moving to DeSoto at the beginning of 2018, to be with her daughter as her health started to decline. She was born on Sunday, July 5, 1942, in Harrisburg, IL, the daughter of Raymond Leroy and Freda Pearl (Turner) Seats. Mary at the age of 17, was united in marriage to Harry Eugene Riddle at the court house in Harrisburg and to this union three children were born; Kathy Jo, Rick and Randy. Her working career all during her lifetime was as a waitress, working at various restaurants of the area including; Lola’s in West Frankfort, IL, Illinois Café in Herrin, IL and the East Gate Family Restaurant in Henderson, KY. She was baptized and became a member of the First General Baptist Church of Harrisburg. In her spare time she loved to draw, play bingo, watch Family Feud on television, and go the boat and play the slot machines. She also loved animals, especially cats and dogs and once had a poodle named “Teddy” for 18 years. She loved her family, especially her grandchildren and great grandchildren and was always interested in all of their many activities. The many memories that have been created will be cherished by those she leaves behind. She is survived by her daughter, Kathy Jo Cyr of Desoto; two sons, Rick Riddle of Henderson, KY and Randy Riddle of Carbondale, IL, ten grandchildren, a host of great grandchildren; sister, Patsy June “Trish” Sowell of Sacramento, CA, other extended family and many friends. She was preceded in death by her parents; two sisters, Icleeie Hughes and Thelma Seats and three brothers, Tommy, Donnie and Leroy Seats. Arrangements for Mary Ann Dunn have been entrusted to Stone Funeral Home, 1201 East Poplar St., West Frankfort, IL. As per the request of Mary, there will not be any public services accorded. For additional information please call the funeral home at 618-932-2161.

Mary Ann Dunn, age 76, of DeSoto, IL, former resident of Henderson, KY, passed away surrounded by her loving family at 2:27 p.m. on Sunday, September 2, 2018, at the home of her daughter, Kathy J. Cyr, in DeSoto. Mary had lived in Henderson,... View Obituary & Service Information

The family of Mary Ann Dunn created this Life Tributes page to make it easy to share your memories.

Send flowers to the Dunn family.