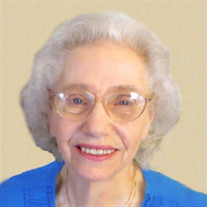 Mary Juanita Bernardoni Lewis, age 85, of Marion, IL, formerly of West Frankfort, IL passed away peacefully at 6:30 a.m. on Wednesday, July 26, 2017, in Heartland Regional Medical Center of Marion. She was born on Tuesday, December 22, 1931, in West Frankfort, IL the daughter of Sidney Carson and Gertrude Lila (Gray) Gibson. Juanita was first united in marriage to Frank Bernardoni on June 8, 1950, in St. John the Baptist Catholic Church of West Frankfort and this union was blessed with two children; Larry Joseph and Carla Ann. Together they shared over 25 years of marriage until his death on November 8, 1975. She later was united in marriage to Roger Leon Lewis on August 7, 1981, in St. John the Baptist Catholic Church and together they shared over 30 years of marriage until his death on December 5, 2011. Her working career began as a waitress at her family’s business, Big Charlie’s Restaurant in West Frankfort for many years. Then later in the 1960’s she began working for the Smoler Brothers Dress Company of Herrin, IL and remained working there until her retirement in 1994. She was a member of the Victory Baptist Church of Carterville, IL. She also was a member of the Red Hat Society and also enjoyed volunteering with the Hospital Auxiliary at Heartland Regional Medical Center in Marion. Some of her interests when she was younger were embroidery and sewing. Later after her retirement she enjoyed reading, camping and traveling. Her family was a very important part of her life, especially her grandchildren, and she was always interested in all of their many activities. She enjoyed the many times they would spend together and the memories that were created will now be cherished by those she leaves behind. She is survived by her daughter, Carla Ann Bernardoni of West Frankfort; daughter-in-law, Deborah J. Bernardoni of Sparta, IL; grandson, Larry Allen Bernardoni and his wife Stephanie of Sparta; two great grandchildren, Chase Allen and Eli Michael Bernardoni both of Sparta; brother, Charles Gibson of California; brother-in-law, Charlie Bernardoni and his wife Joan of Marion; step daughter, Linda Lewis of Marion; two step sons, Phillip Lewis of Marion and Brad Lewis of Collinsville, IL, several step grandchildren and step great grandchildren, other extended family and many friends. She was preceded in death by her parents, both husbands; son, Larry Joseph Bernardoni, Sr. on June 1, 2016; two brothers, Joe and Bobby Gibson and two sisters, Pauline Evans and Ruth Wilburn. Arrangements for Mary Juanita Bernardoni Lewis were entrusted to Stone Funeral Home, 1201 East Poplar St., West Frankfort, IL. The time of visitation was from 10:00 a.m. to 1:00 p.m. on Saturday, July 29, 2017, at the funeral home. Following the time of visitation the funeral service was at 1:00 p.m. with Pastor Tony Edmonds presiding. The prelude and postlude musical selections were presented by pianist, Lori Creamer. Special vocal musical selections presented during the service were “How Great Thou Art”, “In the Garden” and “Beulah Land” all by Lori Creamer who accompanied herself on the piano. Interment followed next to her first husband Frank, in St. John’s Catholic Cemetery located south of West Frankfort, IL. Pallbearers were Larry Allen Bernardoni, Chase Bernardoni, Eli Bernardoni, Kaleb Pape, Phillip Lewis, Fred Boester and Brad Lewis. Following the committal service at the cemetery the family and friends gathered at Juanita’s home in Marion, for a meal and continued time of fellowship and support. For those who preferred, memorial contributions were made to “The American Cancer Society” and mailed in care of Stone Funeral Home, 1201 East Poplar St., West Frankfort, IL 62896. Memorial envelopes were available at the funeral home. For additional information call the funeral home at 618-932-2161.

The family of Mary Juanita Bernardoni Lewis created this Life Tributes page to make it easy to share your memories.