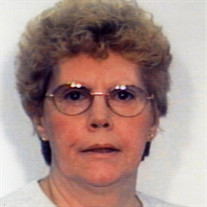 Nancy Carroll Zukosky, age 81, of West Frankfort, IL passed away at 5:16 p.m. on Sunday, December 7, 2014, in St. Louis University Hospital in St. Louis, MO. She was born on February 23, 1933, in West City, IL the daughter of Willis Byford and Ella Comma (Ryan) Carter. Nancy was united in marriage to Walter Zukosky on July 27, 1969 in Shawneetown, IL and he preceded her in death on April 18, 1976. She was lifelong resident of Franklin County and for the last several years made her home in West Frankfort, IL. Nancy was a registered nurse and retired from the Jackson County Nursing Home in Murphysboro, IL in 2011. She is survived by her daughter, Jackie C. Zukosky and close family friend, Mike Koczorowski both of West Frankfort, IL; son, Roderick L. Choisser of Galatia, IL; eight grandchildren including Ryan Halaska of West Frankfort, IL and Kelsi C. Bender and husband, Ben of Benton, IL, four great grandchildren, other extended family members and friends. Nancy was preceded in death by her parents and her husband. Arrangements for Nancy Carroll Zukosky have been entrusted to the Stone Funeral Home, 1201 East Poplar Street, West Frankfort, IL. A private memorial service will be conducted at a later date. For additional information please contact the funeral home by calling 618-932-2161.

The family of Nancy Carroll Zukosky created this Life Tributes page to make it easy to share your memories.