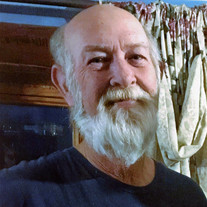 Terry Ray Sheppard, age 68, of West Frankfort, IL, passed away peacefully surrounded by his family, at 3:57 p.m. on Saturday, September 7, 2019, at his home. He was born on Thursday, October 12, 1950, in Taylorville, IL, the son of William and Mae (Jenkins) Sheppard. Terry answered the call of this nation by enlisting into the United States Marine Corps serving overseas in Vietnam. After his period of faithful service he was honorably discharged. He was united in marriage to Marilyn Christine Schultz on Friday, December 2, 1988, in Paducah, KY, and together they have shared many years of marriage. Terry’s working career was in the automotive parts industry. He served as parts manager for many years at various businesses of the area including Absher Auto Dealership in Marion and Weeks Auto Dealership in West Frankfort. He also worked for many years for NAPA Auto Parts until his retirement. Toward the end of his auto parts working career he began working with his son Ryan Hancock, who owns “A Cut Above Tree Service” of West Frankfort, and continued working with him until his health forced him to retire. He was of the Protestant faith. Terry was an adventurous type of person and enjoyed going gold prospecting. He had prospected in Old Mexico, Arizona, and Colorado and most recently near Baker City, Oregon. He also was an avid collector of coins, baseball cards and other baseball memorabilia, flip style lighters and knives. He also was an avid St. Louis Cardinal Baseball fan. Terry loved all of his family and was always willing to help them when he could. He enjoyed spending time together and was always interested in all of their many activities. The many memories that have been created will now be cherished by those he leaves behind. He is survived by his wife, Marilyn C. Sheppard of West Frankfort; five sons, Darin Ray Sheppard and his companion, Branda Drone both of Herrin, IL, Michael Hancock and Jason Hancock and his wife, Theresa all of Flower Mound, TX, Ryan Hancock and his wife, Melissa of Thompsonville, IL and James Srna and his wife, April of Marion, IL; daughter, Amber Garcia of West Frankfort, ten grandchildren, six great grandchildren, other extended family and many friends. He was preceded in death by his parents; son, Randy Hancock; two brothers, Larry Gene Sheppard and Daniel Lee Sheppard and sister, Kathie Sue Sheppard. Arrangements have been entrusted to Wilson-McReynolds Funeral Home, 900 N. Court St., Marion. In accordance to Terry’s wishes there will not be any type of public services. For additional information call Wilson-McReynolds Funeral Home at 618-993-2131.

Terry Ray Sheppard, age 68, of West Frankfort, IL, passed away peacefully surrounded by his family, at 3:57 p.m. on Saturday, September 7, 2019, at his home. He was born on Thursday, October 12, 1950, in Taylorville, IL, the son of William... View Obituary & Service Information

The family of Terry Ray Sheppard created this Life Tributes page to make it easy to share your memories.

Send flowers to the Sheppard family.