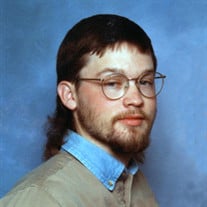 Timothy Louis “Tim” Summers, age 40, of West Frankfort, IL, passed away suddenly in Heartland Regional Medical Center of Marion, IL, at 11:00 a.m. on Friday, July 15, 2016. He was born on Thursday, September 4, 1975, in Paducah, KY, the son of Rickey L. and Rita J. (Casey) Summers. Tim grew up and attended school in West Frankfort and was a graduate of West Frankfort High School Class of 1993. He was united in marriage to Gerri Daugherty on Friday, October 29, 2004, in West Frankfort, and together they have shared over 11 years of marriage. He was employed as an EMT for both Franklin and Williamson County Ambulance Service for many years and was a local and a over the road truck driver for Roof Bolt Express of Marion. Tim was a member of First Church of God located south of West Frankfort. From a young age he enjoyed working with horses and took part in showing horses in Showmanship and Western Pleasure Horse Competition and was a former member of the American Quarter Horse Association. He always enjoyed the times he shared with his family and many friends and the memories that have been created will now be cherished by those who knew and loved him. He is survived by his wife, Gerri Summers of West Frankfort; parents, Rickey L. and Rita J. Summers of West Frankfort; maternal grandmother, Anita Pirtle of Benton, IL; paternal grandmother, Kathryn Summers of West Frankfort; son, Cody Summers, of West Frankfort; stepdaughter, Breanna Patrick and stepson, Brandon Patrick both of Herrin, IL; sister and brother-in-law, Tammy and Johnny Jearlds of West Frankfort, other extended family and many friends. He was preceded in death by his grandfather, Joe Summers and his sister, Shelly L. Summers. Arrangements for Timothy Louis “Tim” Summers have been entrusted to Stone Funeral Home, 1201 East Poplar Street, West Frankfort, IL. The visitation will be from 5:00 p.m. until 7:00 p.m. on Tuesday, July 19th at the First Church of God, located at 609 State Highway 37 South, West Frankfort, IL. The funeral service will be at 11:00 a.m. on Wednesday, July20, 2016, at First Church of God with Rev. Gayle Stone presiding. Interment will follow in Denning Cemetery of West Frankfort. The family asks that memorial contributions be made to “Stone Funeral Home” to assist the family with final expenses. Memorial contribution envelopes will be available at the church or may be mailed in care of; Stone Funeral Home, 1201 East Poplar Street, West Frankfort, IL 62896. For additional information please contact the funeral home by calling 618-932-2161.

The family of Timothy Louis "Tim" Summers created this Life Tributes page to make it easy to share your memories.