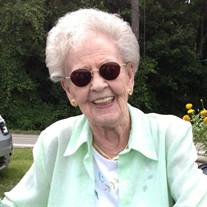 Verbal Sue “Aunt Sue” Griffin, age 80, of West Frankfort, IL, passed away at 8:10 p.m. on Thursday, January 8, 2015, in Westside Care Center of West Frankfort, IL. She was born on Saturday, June 30, 1934; at home in West Frankfort, IL the daughter of Thomas B. and Jessie Rae (Hibbs) Griffin. Sue grew up and attended school in West Frankfort and was a graduate of West Frankfort High School Class of 1951. While attending FCHS, she was a member of the marching band. She was quite the saxophone player and enjoyed playing alongside her friends Dean and Sylvia Tharp. She also played girls softball. Sue often told the story of how Principal Goebel Patton told her that she had to play on the boy’s baseball team as well as the girl’s softball team because of her talent. She played one game with the boys, hit a home-run and quit because she was so embarrassed. She continued her education, and in 1955 she received her degree in nursing from St. Francis School of Nursing in Peoria, IL. After graduation from nursing school, she moved to Houston, TX to work at M.D. Anderson Cancer Research Hospital. Her next big job opportunity resulted in a 40 year career in Las Vegas, NV as she accepted a position at the Women’s Hospital. Before retirement she was coordinator for nursing home facilities in three western states. She was raised in the Northern Baptist Church of West Frankfort, IL and was currently attending the Harmony Free Will Baptist church of West Frankfort, IL. She was loved by her family and many friends, and her memory will last a lifetime! “We love our Aunt Sue, our Las Vegas wild hooligan”. She will be missed by all. She is survived by her three nieces and two nephews and their spouses, Clay and Michelle Thompson of West Frankfort, IL, Jaye and Randy Palmer of West Frankfort, IL, Chari (Pyle) and Dale Wester of Tallahassee, FL, Becky (Pyle) and Jay Wescoat of Quincy, FL and Stephen and Lori Pyle of West Palm Beach, FL, fourteen great nieces and nephews, thirteen great-great nieces and nephews; her close friend who she considered as her sister, May Hanson of West Frankfort, IL and formerly of Las Vegas, NV; two cousins, Ray Carter of Clarksville, TN and Jolene Oppawsky and her husband, Johann of Tucson, AZ; two brothers-in-law, Jim Thompson of West Frankfort, IL and Arnie Belcher of Quincy, FL, other extended family members and many friends. She was preceded in death by her parents; three sisters, Betty Griffin, Marian Thompson and Judith (Pyle) Belcher and brother, Thomas Griffin. Arrangements for Verbal Sue “Aunt Sue” Griffin were entrusted to the Stone Funeral Home, 1201 East Poplar St., West Frankfort, IL. Visitation was from 4:00 p.m. until 6:00 p.m. Saturday, January 10th at the funeral home. During the visitation a “Reflection of Life” DVD Memorial Tribute featuring special people, places and events of Sue’s life was presented to the family and friends. The funeral service was at 3:00 p.m. Sunday, January 11, 2015, at Stone Funeral Home with Rev. Curtis Smith presiding. The prelude and postlude musical selections were recorded selections. Special vocal musical selection presented during the service was “God on the Mountain” by Caryn Humphrey with recorded accompaniment. Burial followed at a later date in Tower Heights Cemetery of West Frankfort, IL. For those who preferred, memorial contributions were made to either “Frankfort Area Historical Society”, “Harmony Free Will Baptist Church” or “Grace Baptist Fellowship”. Memorial contribution envelopes were available at the funeral home or were mailed in care of Stone Funeral Home, 1201 East Poplar St., West Frankfort, IL 62896. For additional information please contact the funeral home by calling 618-932-2161.

The family of Verbal Sue "Aunt Sue" Griffin created this Life Tributes page to make it easy to share your memories.