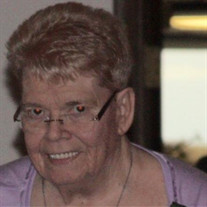 Virginia A. Kaytor, age 78, of rural West Frankfort, IL, passed away peacefully in Franklin Hospital of Benton, IL, at 9:10 p.m. on Sunday, September 4, 2016. She was born on Saturday, November 13, 1937, in Indianapolis, IN, the daughter of Edward Roy and Louise (Williams) Thornberry. Virginia grew up and attended school in Galatia, IL and was a graduate of Galatia High School. She was united in marriage to James Kaytor on Friday, June 21, 1957, in Harco, IL of Saline County and together they shared over 40 years of marriage until his death on Monday, November 24, 1997. Early in her lifetime she remained at home raising her family and managing her home. After her children were older she began her long career in health care working at Franklin Hospital of Benton, in Respiratory Therapy. She later wanted to advance her career and enrolled at Rend Lake College where she received her Associate’s Degree. After graduation she began working for the U.M.W.A. Hospital of West Frankfort, as a Surgical Technician for many years until the hospital closed and she decided to retire. Virginia was a longtime member of the First Baptist Church of West Frankfort. In her spare time she enjoyed collecting clowns and most anything that had something to do with clowns. She also enjoyed working in her yard, especially planting flowers in the springtime. Her family was a very important part of her life. She was always interested in all of their activities, especially those of her grandchildren. She was a dedicated mother and especially seeing to the needs of her two special needs children, Jamie and Paula. She enjoyed the many family gatherings and the memories that were created will now be cherished by those she leaves behind. She is survived by two daughters, Kim A. Kaytor and Paula Kaytor both of West Frankfort; two sons and one daughter-in-law, David and Tracy Kaytor of Dykersburg, IL and Kevin Kaytor of Galatia, IL; two grandchildren, Ryan Kaytor and his wife Stefanie of the Lake of Egypt, IL and Ashley Kaytor M.D. of Marion, IL; brother, Wayne Thornberry of St. Louis, MO; nephew, Adam Thornberry of St. Louis, MO; niece, Amanda Dalton of St. Louis, MO, other extended family and many friends. She was preceded in death by her parents and son, Jamie R. Kaytor on Friday, June 15, 2012. Arrangements for Virginia A. Kaytor have been entrusted to Stone Funeral Home, 1201 East Poplar Street, West Frankfort, IL. The graveside committal service will be at 10:30 a.m. on Friday, September 9, 2016, in the Sunset Lawn Cemetery of Harrisburg, IL with Pastor Mike Cash presiding. Those wishing to attend the service should gather at the cemetery prior to the time of the service. Following the service interment will be next to her husband. For those who prefer, memorial contributions may be made to either “Centerstone VRS Division" or “Willing Partners Canine Education” and mailed in care of Stone Funeral Home, 1201 East Poplar Street, West Frankfort, IL 62896. Memorial envelopes will be available at the cemetery and funeral home. For additional information please contact the funeral home by calling 618-932-2161.

Virginia A. Kaytor, age 78, of rural West Frankfort, IL, passed away peacefully in Franklin Hospital of Benton, IL, at 9:10 p.m. on Sunday, September 4, 2016. She was born on Saturday, November 13, 1937, in Indianapolis, IN, the daughter... View Obituary & Service Information

The family of Virginia Ann Kaytor created this Life Tributes page to make it easy to share your memories.

Send flowers to the Kaytor family.